I love to bake a crapton of cookies for any sort of occasion or holiday. Christmas is nice, especially since everyone starts baking all sorts of delicious treats. But in my opinion, Halloween is the best. It might be my inner-goth that’s delighted to celebrate spooky things that makes this season beat out all the others.

Everyone who loves cinnamon loves snickerdoodle cookies. So I decided to do a Halloween twist on them and make Spookydoodle cookies. I realized after a cut out a million pumpkin shaped cookies that these might’ve been more appropriate for the name if they were ghost shaped, but we’re rolling with it.

Basically, you start off with the sugar cookie recipe and cut out whatever sort of shapes you want your cookies to be. Since the dough is too soft and delicate, you can’t dip them into the cinnamon sugar prior to baking like you do with traditional snickerdoodle cookies. So you bake them off as you would for sugar cookie cutouts, then add the cinnamon sugar later.

Once the cookies are baked, you want them to cool completely. For the cinnamon sugar mixture, it’s up to you for the ratio you want to use. Some people like more ground cinnamon, some people like less. I never really measure my mixture and just kind of eyeball it, but it’s roughly about one teaspoon of ground cinnamon for every two or three tablespoons of white sugar. 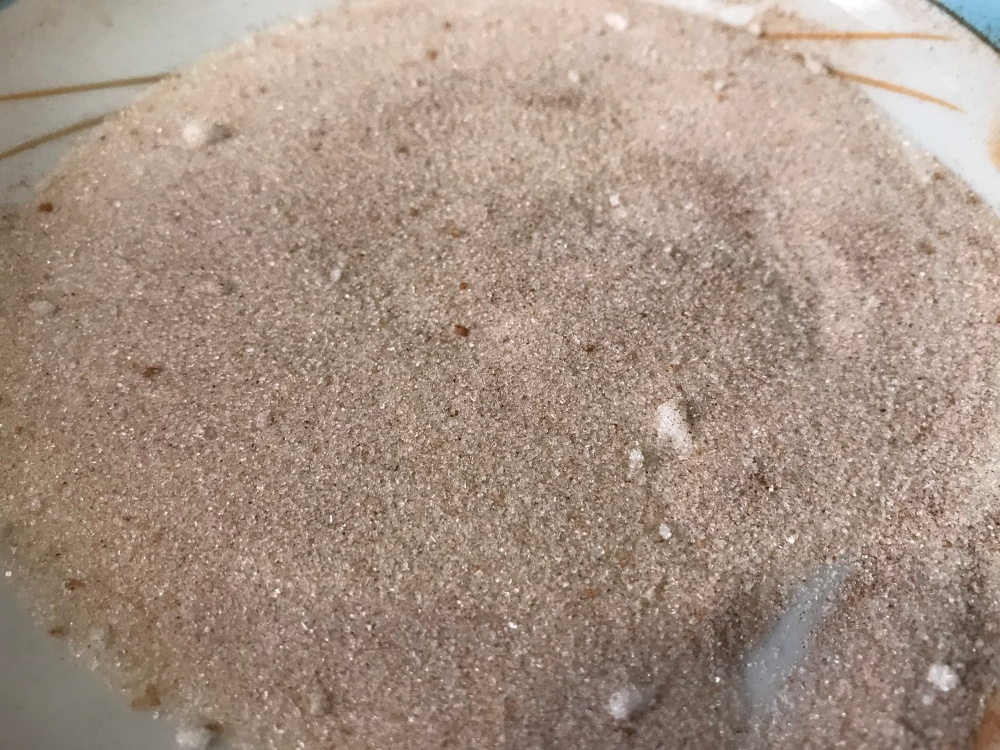 Once the cookies have cooled, you get a pastry brush and lightly moisten the top of the cookies and dip them into the cinnamon sugar mixture. Don’t go too heavy with the water because you don’t want soggy cookies, but don’t go too light either because then you won’t get enough cinnamon sugary goodness to stick. And don’t worry, the small bit of water won’t ruin the cookies since the sugar will soak it up. 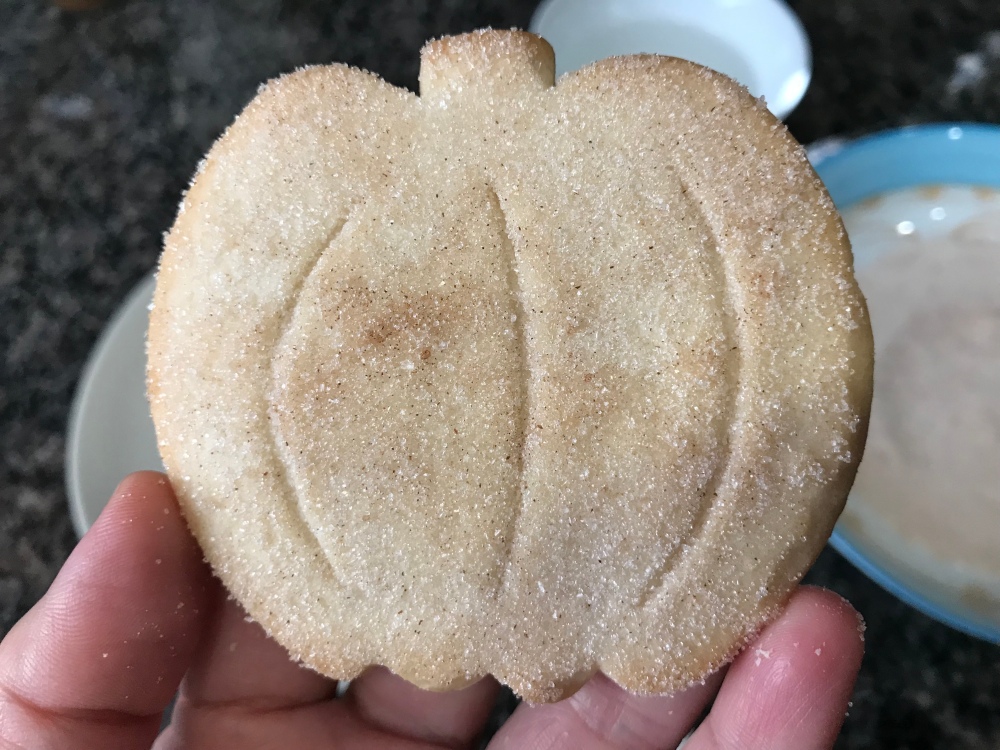 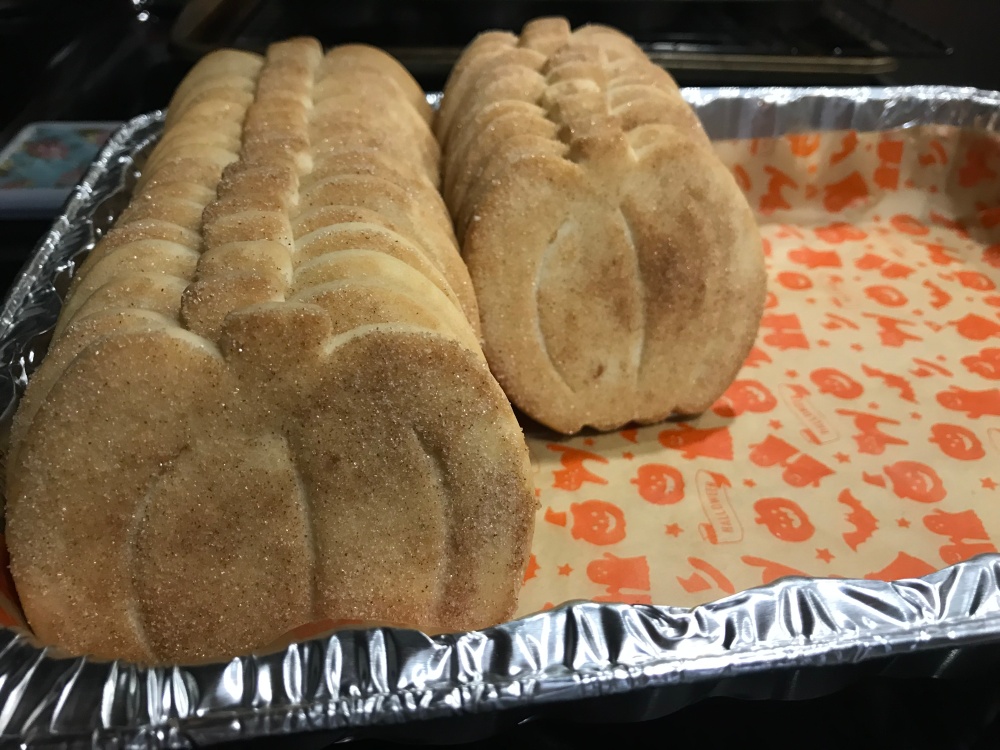 I don’t have an estimate on how many cookies this recipe makes because it all depends on the size of your cutters, the shape of them, and how thick you want your cookies to be. Happy Halloween, friends!